Posted on November 2, 2012 by Jeff Laszloffy in News Articles 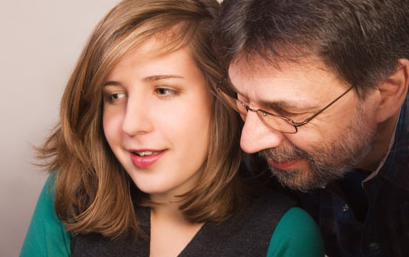 In Montana, a teenager younger than age 18 can’t get a tattoo or a body piercing without a parent’s permission. Yet most people are stunned to learn that a girl of any age – even 12 or 13 – can be taken for an abortion without her parents even knowing about it. This is totally legal under current Montana law.

There are 37 states that require parental notification or permission before a minor can get an abortion. Sadly, Montana is one of just 13 states without this common-sense policy.

Legislative Referendum 120, on this year’s ballot, would take a step toward solving this problem. LR-120 would require an abortion provider to notify a parent of a girl younger than age 16 before performing an abortion.

Why is this important? Think about this: Most schools won’t even give a child an aspirin without a parent’s approval. That is because parents know their child’s medical history, and as a society we hold parents responsible for protecting their children’s health.

Abortion is obviously much more serious than getting an aspirin. It typically means invasive surgery, or the administration of powerful drugs. Complications can and do occur, such as hemorrhaging and infections. If a girl experiences complications after an abortion, how prepared will her parents be to provide follow-up care, if they’re completely in the dark that an abortion has occurred?

Opponents of Referendum 120 – led by Planned Parenthood – continue to repeat arguments that have long ago been discredited. On the one hand, they say the law is not needed, because 95 percent of minors already involve their parents in the abortion decision. However, they never back up these claims with factual studies. The few scientific studies that have been done on this question usually estimate that the real number is between 50 percent and 60 percent. Yet even these studies are flawed, because they rely on the self-reporting of teens seeking abortions, not on interviews with their parents. The studies don’t account for the possibility that a scared teen in a very stressful situation might not actually tell the truth. When a similar law was passed in Alaska in 2010, abortions on minors dropped by 23 percent in the first year. It makes you wonder if all of the abortions being performed on minors are even being reported.

Opponents also say LR-120 is “dangerous” because it will force teens from abusive homes to tell their parents about a planned abortion. This is a false claim. LR-120 contains exceptions so that a youth court can exempt a teen from the notification requirement, in the rare cases when a minor comes from an unsafe home. Remember that laws similar to LR-120 are already in effect in 37 states – yet the opponents of LR-120 can’t point to a single documented case of a teen being harmed because of these laws. The rhetoric about “abusive parents” is a classic red herring argument that sounds compelling on the surface, but it lacks any substance.

On Nov. 6, Montana voters can protect the rights of parents and the health of teens, by voting for Legislative Referendum 120. It’s just common sense. For more information, please go to www.VoteFor120.com.